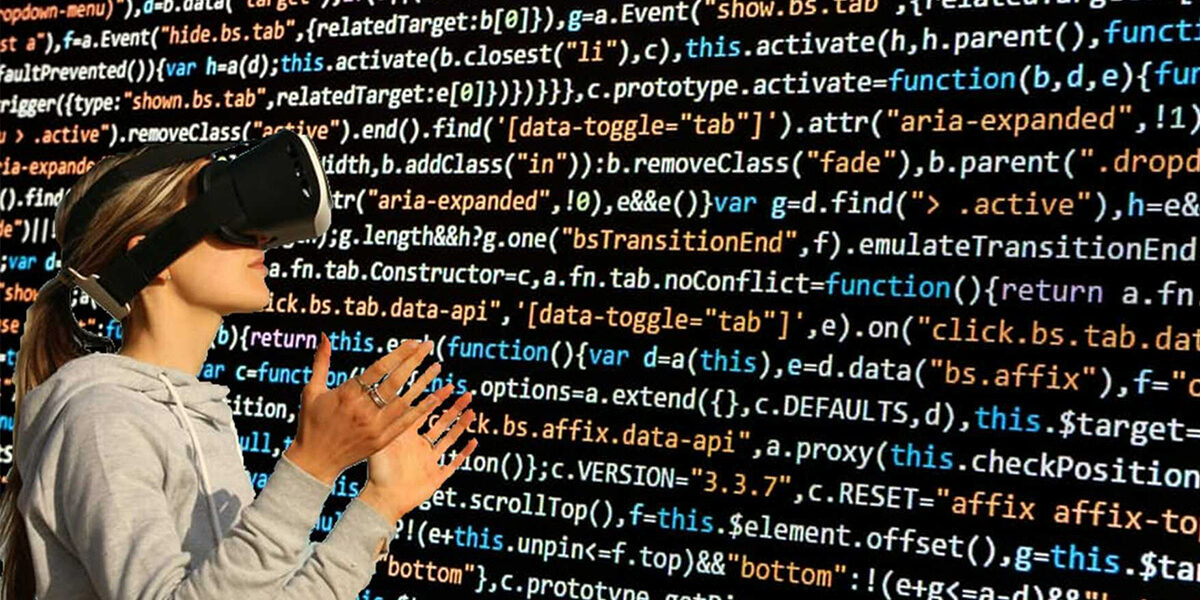 Did you know we’re living in a simulation? Well, if we’re not, we’re about to be.
The metaverse is here to stay. At the moment it exists in many pupal forms, but there are wings on the horizon for anyone who cares to look up from their caramel macchiato. Or don a VR headset.
Big Tech can also see which way the wind is blowing, which can only mean one thing; sinking its claws into the prospect and never letting go. You can bet your bottom dollar at this very moment a group of silicon valley investors is sitting around a table discussing how best to take full advantage of what seems to be a sure thing.
This is the wild west all over again, in digital form, and the gold rush has yet to even begin. Metaverse laws aren’t going to slow anything down.
In such a cut-throat domain, who polices the practices? How does the governance of a fledgling world begin to tackle the fair implementation of what is essentially a free-for-all?
Read on and we’ll see what sense we can make of all this!

Who Watches the Watchmen?

Part of the issue is that the ‘metaverse’ is a blanket term used to describe any virtual space. When you’re a company like Facebook or Apple, and you’re allowed to race to create a world with the aim that its use becomes ubiquitous, adherence to rules and regulations is a tenuous thing indeed.
Especially during its inception while the idea is a nebulous one.
The thought of rules and regulations from the real world hampering the progress of their virtual ones isn’t going to appeal to the big players. Even if there were any in place, how to enforce them? Who would do the enforcement?
Are we supposed to imagine Google putting their best minds together to ensure the safety and fairness of regulatory practices within a world they created? Surely, they’re losing sleep over how to implement a strategy that benefits its users while ensuring their vulnerabilities aren’t exploited.

Imagine for a moment that lawmakers get this beast pinned down in all its multifaceted nuance. User content rules. Workplace guidance. Sexual misconduct in a virtual space. Dress codes.
There are a lot of rules to decide upon in terms of how to behave once these virtual spaces have begun their use in everyday life. Many of which will change as problems arise.
That’s one layer and the more easily understood one.
The metaverse laws which should concern us are more predatory, and more difficult to enforce and understand. Algorithms to ensure people stay longer within a world. Advertising practices. Subscription fees. Trademark laws in the metaverse. Cornering the market, smothering the competition…

You probably remember when Facebook got into trouble for allegedly scraping everyone’s data and using it to their advantage. They said they weren’t when they were. All it took was lying outright about their business practice so they could continue to harvest biometric data.
Everyone suspected they were lying. Why wouldn’t they? When a practice is lucrative and can be swept even partially under the rug, it’s going to be. Rake in as much data and money as you can, then pay the fee if you’re charged with misconduct.
Profit is all that matters. Metaverse compliance is no different.
When you’re sitting on a horse and someone on foot tells you how you’re allowed to use it, with a flick of the reins you can disappear into the sunset and there’s not much they can do about it other than complain.

Facebook went to court and had a lot of questions to answer. People were rightfully concerned about their practices and wanted an explanation.
Even raking Mark Zuckerberg over the coals in front of the whole world wasn’t sufficient to bring him to heel. The correct questions were asked, and concerns were raised. Nothing changed.
This is largely because the people asking the questions belong to a completely different world, lacking both understanding and personal experience of something they correctly feel ought to be properly regulated.
When the control is wholly and completely in the hands of a small group of people, they’re going to leverage it. Ignoring outside requests to change their practices for the benefit of everyone is par for the course.
Stock prices are at stake and they are the final arbiter of decision making, not ethical quandaries or moral scruples.

The question of should the burgeoning world of the metaverse is somehow policed is an interesting one. Largely, I imagine the good intentions and well-thought-out implementation of rules and regulations will largely be ignored.
The very nature of the jostling race to find a sturdy foothold in the metaverse makes things exceptionally unclear. The direction virtual space will take, its legal design and spacial laws are at this point purely theoretical.
We just don’t know enough about what this new landscape will entail or how it will look when all these ideas coalesce into reality. As such, regulation and concrete laws concerning its unrealized nature are going to have trouble sticking, let alone being enforced.
Bianca Schroder has an interesting take on the potential governmental uses of the new virtual landscape, which is worth a read.

Race to the Mainstream

In the end, it’s a Wacky Races episode where the finish line constitutes a place within the layman’s mind as encapsulating what the metaverse is.
Facebook changing its name to Meta seems a fell stroke indeed towards this goal.
When the question of the rules of the race is brought up, it’s secondary to everything else and almost comically beside the point at this juncture of the metaverse’s conception. We can argue and discuss what may or may not be helpful and applicable, but it’s all conjecture at this point.
Whatever happens, try not to be surprised when the virtual world ends up being controlled by the same giants that control the internet in general already. If any metaverse laws and regulations are to be implemented, they’ll be the ones deciding on them.
If we’re to stand any chance at all at understanding or influencing the direction the future is likely to take, we’re going to need to work on our communication. Why not check out the post concerning that very topic.

The Ultimate Guide to the Metaverse (Virtual Reality) for Businesses
May 6, 2022

Entering The Metaverse: Why the Metaverse Matters to Your Organization
April 29, 2022

The Future of Business and the Metaverse: A Closer Look
April 29, 2022

Metaverse – The Next Frontier for Customer Experience.
April 22, 2022
Go to Top